On Saturday, February 25, the 29th Annual Big 7 Scholarship Banquet will take place and can at 7 pm via Facebook live on our Big7 Association page.

A huge thanks all of our sponsors, volunteers, people who donated – and most of all – all of you who attended for making our annual banquet a success again this year! It was so satisfying and gratifying to see a lot of you coming back again this year to experience an evening of greatness. We saw a lot of new faces as well.

This year would not have been a success without the support of our sponsorship partners and donors. Thank you for helpings us encourage the future our youth.

A huge thanks all of our sponsors, volunteers, people who donated to our virtual 27th annual banquet, making it a success again this year!

The Big 7 Association held its 28th Annual Scholarship and Awards Banquet on February 26, 2022, virtually due to the continued Covid-19 pandemic. It was our second event held via the internet as we felt it was important to continue supporting the educational process. Despite the Coronavirus our children are still graduating from High School and going to institutions of higher education and that is too important for the Big 7 Association to give up on.

END_OF_DOCUMENT_TOKEN_TO_BE_REPLACED 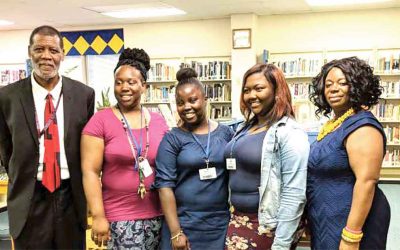 It was quite an intimate affair as parents and extended family members gathered to witness their children be recognized for special awards by their high school faculty members. In the Denmark-Olar High School Media Center on Friday, May 18, 2018, beginning at 9:15 am...

END_OF_DOCUMENT_TOKEN_TO_BE_REPLACED 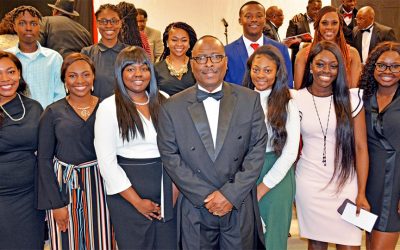 The Big 7 Association celebrated its 25th Annual Scholarship Banquet by bestowing its largest class of scholarships. While the community service organization awarded two $500 scholarships during its first banquet in 1994, 13 students from Barnwell, Allendale and...

END_OF_DOCUMENT_TOKEN_TO_BE_REPLACED 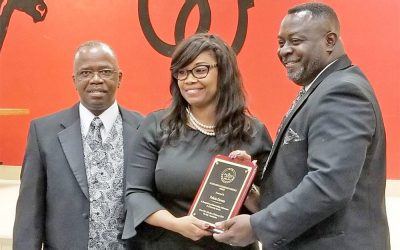 The Big 7 Association held its 24th Annual Scholarship Banquet on Feb. 24 at Barnwell Elementary School. The banquet is a way for the community service-oriented civic group to raise money for student scholarships and recognize community members who are making a...

END_OF_DOCUMENT_TOKEN_TO_BE_REPLACED

Seven might not seem like a large number, but to the people in Barnwell County the Big Seven Association is larger than life. The association began in 1989 when seven softball coaches and team managers put down their gloves and picked up the cause of bettering the lives of those in need in Barnwell County.

“We were starting to feel some aches and pains when we played ball anyway,” laughs association president James Wallace, “but we also wanted to do something to touch the lives of people.” They started with young people. They stepped down from managing those on the ball fields to cutting the grass on the diamonds so young men would have a place to play. Wallace says that, many times, simple things made the biggest difference.

“We started having cookouts every Saturday as soon as the kids got out of school and we would chaperone 25 to 30 kids from (age) 1 to 13 and just let them have fun.” Wallace adds that they hired DJs and hosted teen parties as well.

“We didn’t want to leave anybody out,” he insists. 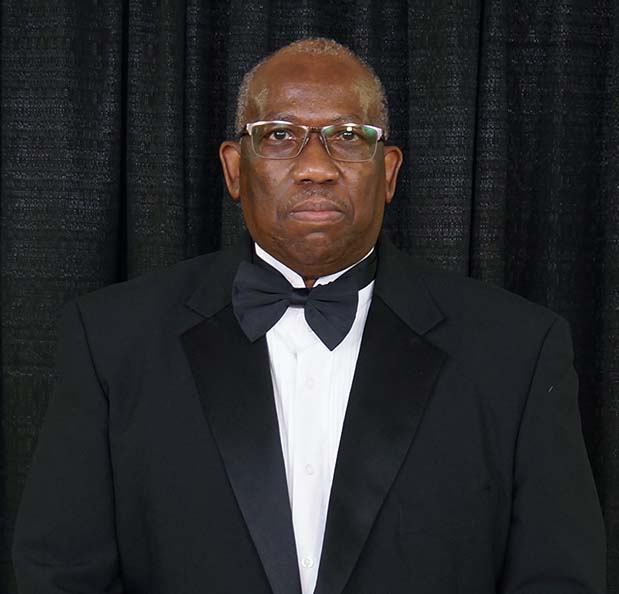 I am from Barnwell, S.C., graduate from Barnwell High School 1972. Afterwhich attended Voorhees College. Graduated in 1976 with B.S. Degree in Business Administration. Worked for Dixie-Narco, Division of Maytag for 30 years. Retired in 2006. Member of Jordan Baptist Church, Barnwell S.C. Serve as Asst. Chairman of Trustee and Chairman of Men Ministry and Facilitater of the Youth Church. Co -Founder of Big 7 Associstion in 1989, Member of the Board of Director for Barnwell County United Way, Barnwell County Democratic Party, Barnwell-
Blackville NAACP, Member of Barnwell Lodge #180. Founding memver of the Boys and Girls Clubs of Southern Carolina. Motto: “May the Work I Do Speak for Me” 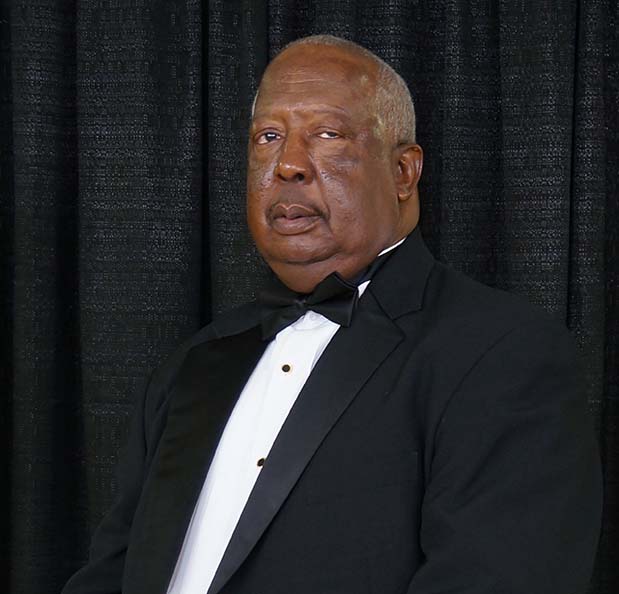 Horace K. Sanders is a native of Sanford, Florida. I was educated at Guinyard-Butler School in Barnwell, South Carolina county school system and a graduate of the class of 1968.

After retirement, I worked for two years as a Program Manager for Al-Raha Maintenance Corporation in Ruyadh, Saudi Arabia. After returning to the United States, I joined the South Carolina Association of Legal Investigators employed by Gordon Investigators of Orangeburg, South Carolina.

I’m married to the former Carol Loftin of Goldsboro, North Carolina where we reside. We have two children that reside in Charlotte, North Carolina. I have retired from by the South Carolina Department of Corrections as a Plant Manager for Prison Industries after 13 years of service. 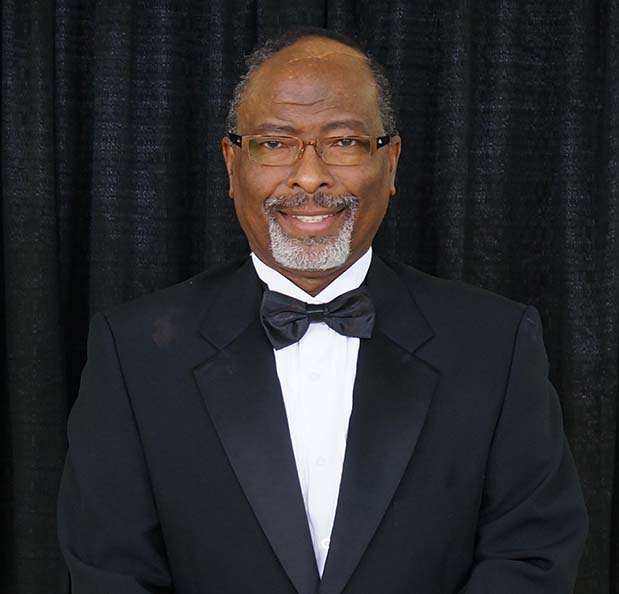 Dewayne Eubanks is a life long resident of Barnwell South Carolina and is married to Stephanie Eubanks. Dewayne has been actively involved in community services for the past 30 years. Dewayne serves as Vice President of The Big 7 Association and Vice Chairman of The Progressive Church BrotherHood (Denmark SC). Dewayne has One son and two daughters. 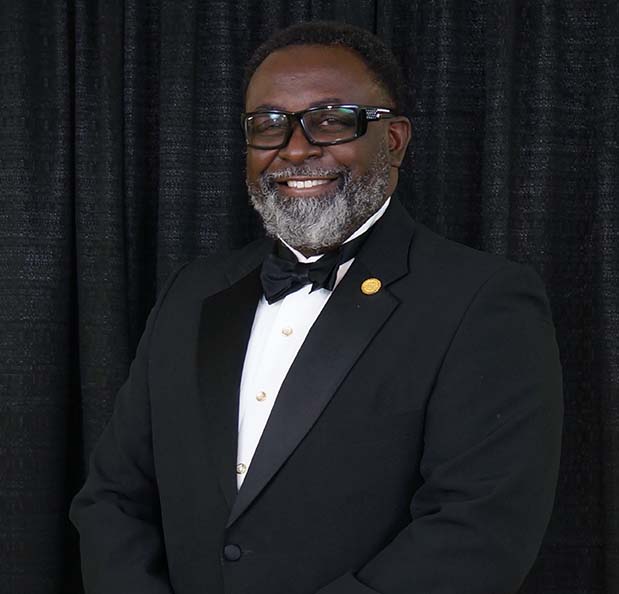 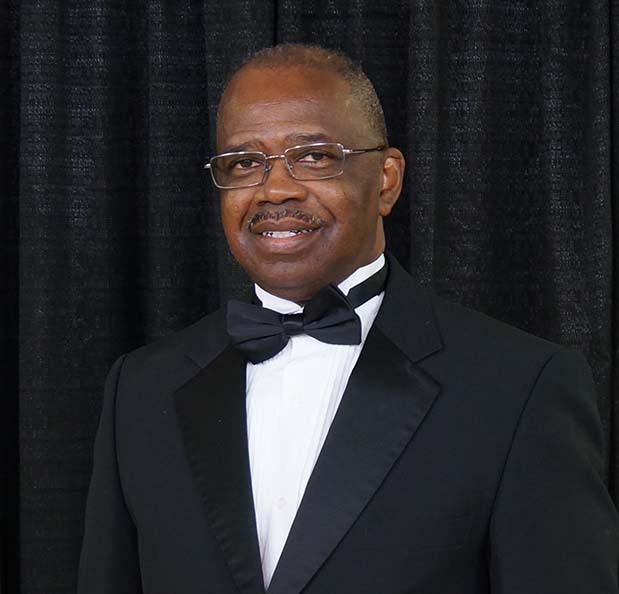 Thomas is a native of Barnwell S.C. He is a graduate of South Carolina State University with a B.S. Degree in Business Administration and a minor in Accounting. Thomas served as chairperson of Barnwell County Council in 2003 and 2010. He also served as treasurer of the Barnwell County Democratic Party for over 27 years. He was employed at the Savannah River Site and in December of 2020 he retired as a Project Manager for Savannah River Remediation after 35.5 years of service. He has also served on the Board of Directors of the Savannah River Site Regional Authority. He is past Chairperson and a founding member of the Boys & Girls Clubs of Southern Carolina and served on the Board of Directors of the Southern Carolina Regional Economic Development Alliance (Executive Committee).  He is presently serving on the Board of Directors of the Lower Savannah Council of Government, Denmark Technical College Foundation Board of Directors, Big 7 Association Board of Directors, and Executive Vice President of the Ourglass Plan. In March of 2012, Thomas was appointed to the Denmark Technical College Area Commission. In June of 2016, he was elected Commission Chairperson and served until the Commission was reorganized.

Thomas has been an active member of the Prince Hall Masons since 1980.  In April of 2020 Thomas was appointed to a Magistrate Judge position for Barnwell County.  Thomas and his wife Katha have three (3) children: Terrence, Veronica, and Rachel. 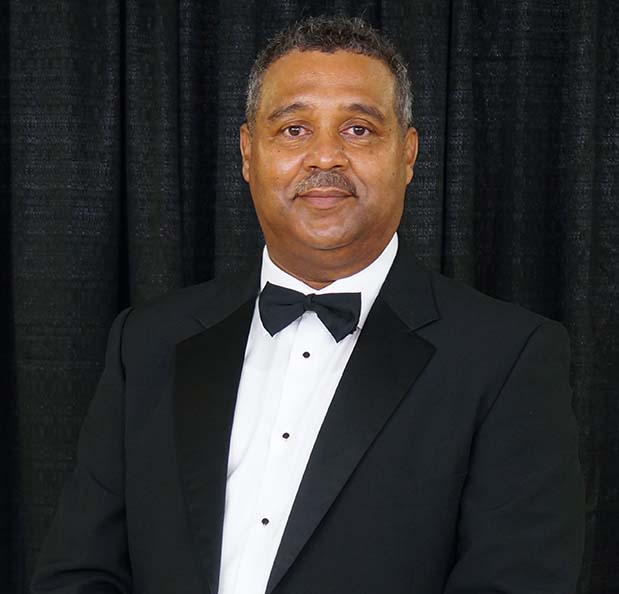 Special Projects / Public Relations
Mr. David Kenner is currently employed at Savannah River Remediation for over 30yrs as an Electrician and Instrumentation Mechanic. In addition to his professional career, he enjoys working in the community trying to make a positive impression whenever he can. He has served as an NAACP Youth Advisor, Blackville Town Councilmen, Mayor of the Town of Blackville and is currently serving on Barnwell County Council representing District 2. David is a military veteran where he served in the US Navy for six years. David is also a member of the Big 7 Association, Barnwell Lodge #180 P.H.A. and is a graduate of Denmark Technical College and Denmark Olar High School.

David is married to Rosaland Kenner and they have two children, Davida & Immanuel. David is member of Macedonia Baptist Church in Blackville serving as a Trustee. David’s motto is “If everyone does a little no one has to do a lot.” 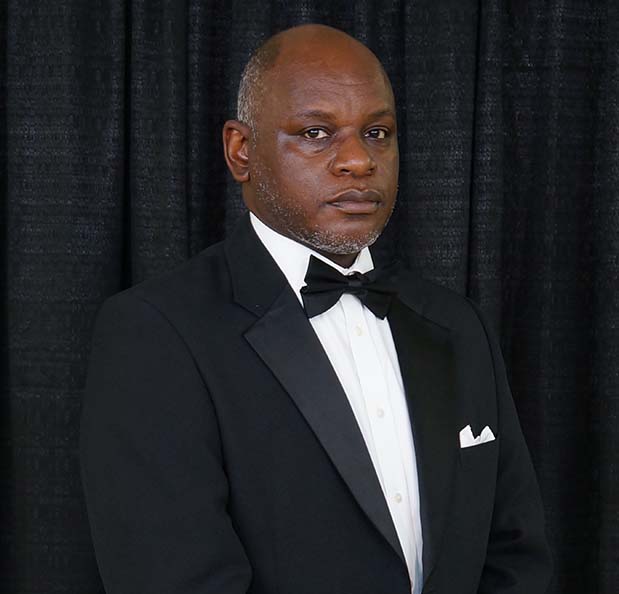 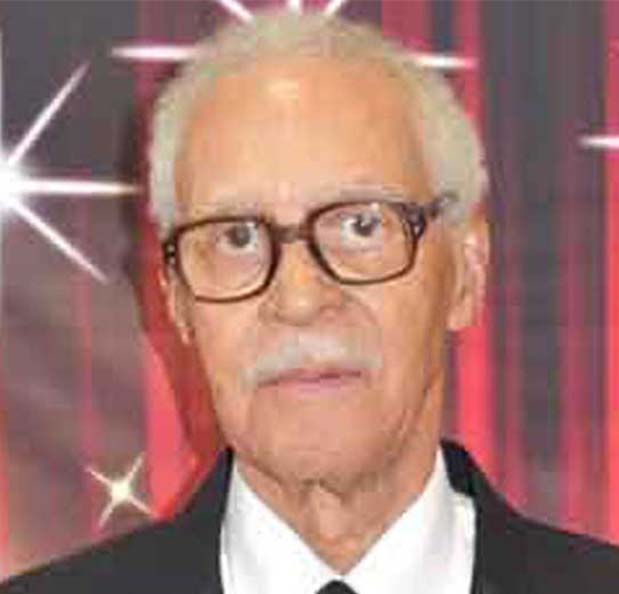 Mr. Edwards is a long time resident of Allendale county after having a distinguished career serving 21 1/2 years Active Military Service and is a retired military officer. He also served 31 years with Federal Government in Atlanta, Ga. and has 5 years service in
Pentagon. 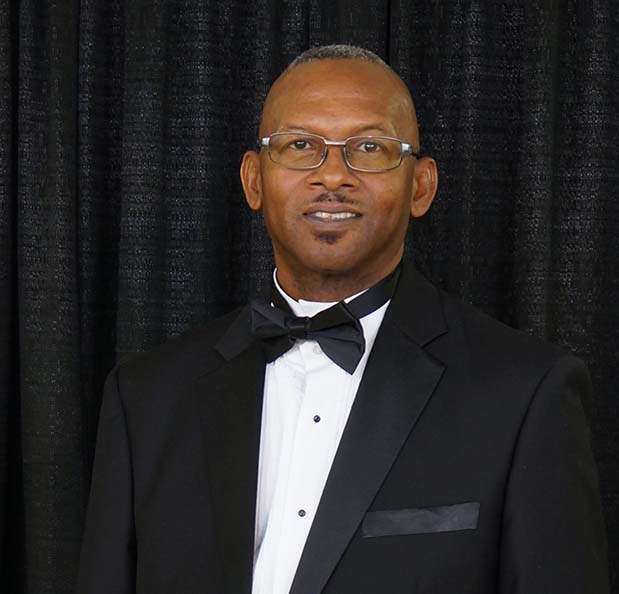 Mr. Ronald Shuler is currently employed by Centerra at Savannah River Site as a Security Police Officer II. As a member of Centerra ‘s Pro Force team, he has served as a Union Steward for many years as well as the Union’s Vice President. He serves his community as the President of the Barnwell Baseball/Softball Association. Ronald is a member of the Big 7 Association and a Mason in Edisto Lodge #39.

Ronald is married to LaToya Allen Shuler and they have two daughters, Kyra and Olivia Shuler. He is a member of Morris Chapel Missionary Baptist Church in Barnwell, SC where he serves as a Deacon. 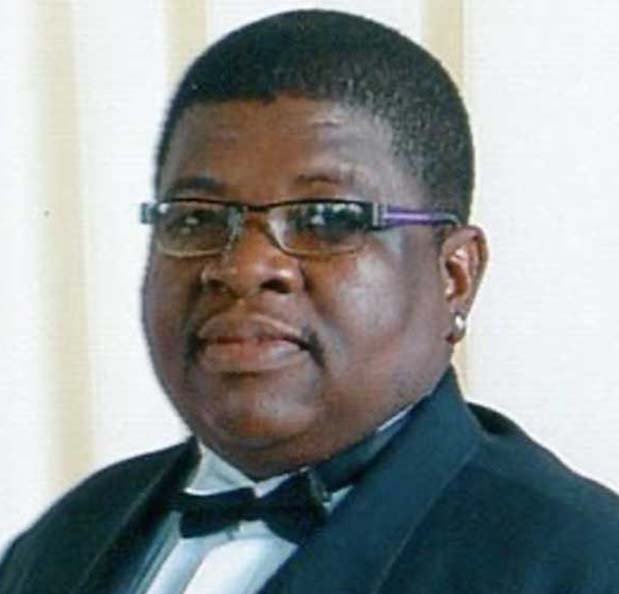 Daron Richburg was born in and raised in Bamberg SC. He is the proud father of three wonderful children. Daynah, Daron Jr. and Deonnah Richburg.

Daron is a professional motor coach operator with Greyhound bus lines Boston Ma division. He graduated from Denmark-Olar High school in 1985. He was ranked among “Who’s who among American high school students”.

Daron later moved to Biloxi Mississippi and attended Mississippi Gulf Coast Comm. Collage. There he earned an associate degree in Drafting and Design with a minor in mathematics. Upon graduation, he attended The University of Southern Mississippi to pursue a BA in Architectural engineering.

Daron later moved back to Bamberg and was employed by Dixie -Narco as a Quality Control Tec.

Daron joined Barnwell Lodge# 180 Masonic Temple Nov. 25, 2002. He later relocated to Hartford CT. There he joined St. Peter’s Lodge #20 and is now a Past Master. He is also a member of Ruth Chapter #25 Order of Eastern Stars, Joshua Chapter #2 Royal Arch and Jerusalem Commandry #2 Knights Templar. 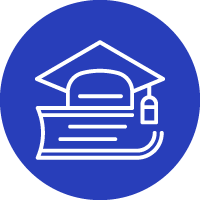 The Big 7 Association provides needed scholarships to our youth and is a solid supporter of quality education. We believe in our kids and are here to assist them in any way possible. Read Scholarship Article
DOWNLOAD BIG 7 ONLY APPLICATION (All other opportunities see your local guidance counselor) 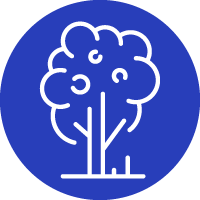 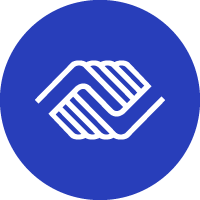 We support the Boy’s and Girl’s Club of America and can always be counted on to lend a hand where ever possible. 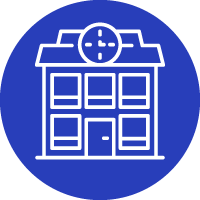 The Big 7 Association helps with After School Programs and assist our teachers to give our students the best possibility for a good education. 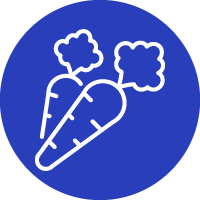 We continue to add value to our community and are providing need food to many in the area. We need your help to boost our efforts and can’t wait to combine our talents with your. Find out more 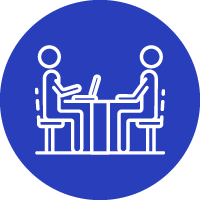 Big 7 Association occasionally provide opportunities for potential job hires to come and meet and speak with employers from the local area.

We are reaching out into our community and building relationships that will help us to grow.  We need your help and are looking for partners along our journey.

Our work with our partners has been the key to many break throughs.  We host an annual awards banquet every year and look forward to the impact in our world. 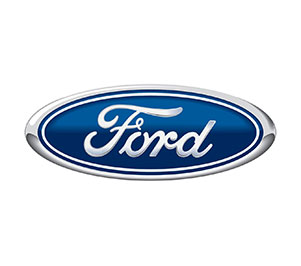 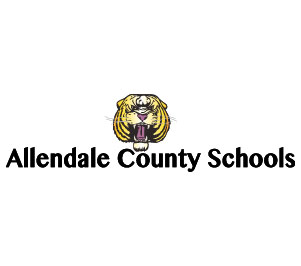 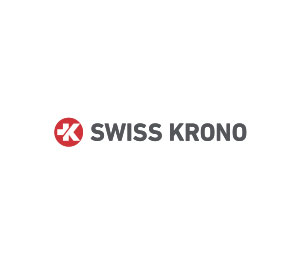 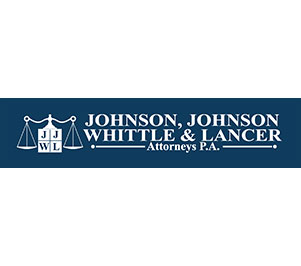 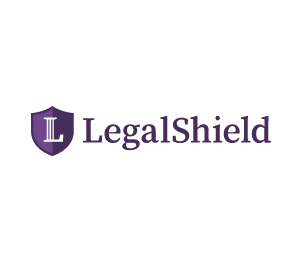 Thank you for your kind donations. We look forward to sharing all that we have done with you. Your donations are tax deductible.
If you have any questions, please feel free to contact us.

Donate on Paypal
Donate via Cashapp